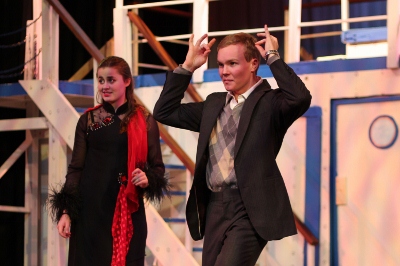 During Kelly Walsh High School’s sold-out run of “Les Miserables” last spring, the community was buzzing with rave reviews of the emotional drama. This year, theatre director Michael Stedillie decided a lighter comedy would be a nice change. But he still wanted a big Broadway show with lots of high-energy chorus numbers and even bigger laughs.

“Anything Goes” fits the bill perfectly. Winner of dozens of Tony Awards, Cole Porter’s classic musical is set aboard the SS 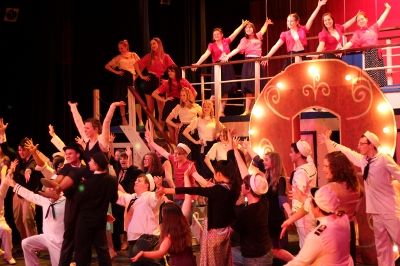 American. As the ship departs, passengers set off on a course to true love. But in this case, romantic destiny needs a little help from singing sailors, unlikely disguises, and some good old-fashioned gangster blackmail.  “Anything Goes” includes some of Broadway’s most memorable standards, including “I Get a Kick out of You,” “It’s Delovely,” “You’re theTop,” and of course, “Anything Goes.”

Stedillie has been very pleased with rehearsals and is excited about the energy of the actors. “The cast is having fun, and it shows,” he said. 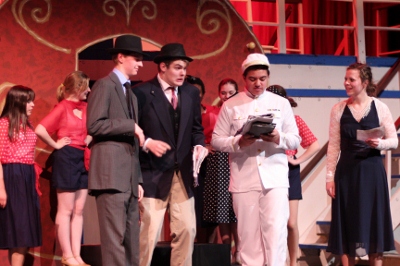 Not to mention a cast of 70 more talented actors and actresses, a 23-piece orchestra, a skilled tech crew, and an amazing team of directors. Don’t miss out! The show will have you laughing all the way across the Atlantic!

Tickets: $8. Can be purchased in advance from cast members or at Kelly Walsh’s office or at the door.

You can check out more photos at the Star Tribune article about the show.

Frontier Eye Care is proud to support the Kelly Walsh High School Theatre Department and “Anything Goes.” See you there!

Doug Hodgson, OD, MS, is the eye doctor and owner of Frontier Eye Care. Dr. Hodgson's passion is making sure everybody enjoys their world to the fullest with the best vision possible. Connect with Doug on Google+